Ideally, we want to prevent frozen pipes in the first place and we're experts when it comes to properly insulating and protecting your plumbing system from freezing temperatures. 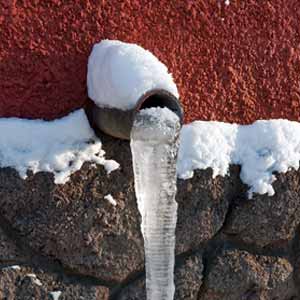 Frozen pipes are dangerous. Not only do frozen pipes burst, but the burst (cracked pipe) may not be visible until after the pipe thaws.

And when that pipe thaws you now have a leak that can potentially cause extensive water damage. It is very important that you know where your water shut-off valve is when your pipes freeze.

We offer frozen pipe and winterization services in Chicago, IL